The Tax Cuts and Jobs Act (TCJA) of 2017 has been touted by its proponents as an across the board tax cut with specific benefits for “middle class families”. There is a long history of tax benefits for families with children but the TCJA made some major changes to those benefits. One example is that pre 2018 tax law allowed for a “Personal Exemption” for the taxpayer and each of his or her dependents. This was, in essence, a $4,050 tax deduction for each member of the family. A married couple with five children could exempt $28,350 of their income from tax. Unfortunately, the new tax law removed this tax break.

So how exactly does the TCJA help families with children? One way, is through the expansion of the child tax credit.

A little background on how credits differ from deductions: A deduction means that you don’t pay tax on the deducted amount of income – it’s as if you never earned that money. A credit reduces your tax liability directly, as if a payment was made. Generally, a credit is far more beneficial than a deduction.

There are also two categories of credits. Nonrefundable credits act as a tax payment only to reduce the tax liability to zero. Even if the taxpayer didn’t use the full credit to which they are entitled, they cannot receive the rest of the credit as a refund. A refundable credit is treated as a cash payment of tax and if the credit is greater than the tax liability, it results in a cash refund to the taxpayer.

Prior to the TCJA, the child tax credit was $1,000 per qualifying child under the age of seventeen. If the credit was greater than the tax due, you can still get the excess, or a portion thereof, as a refundable credit, known as the additional child tax credit. The refundable part is limited to fifteen percent of the taxpayers earned income (not investment/passive income) in excess of $3,000.

Many taxpayers never got the benefit of this credit because it was phased out when adjusted gross income (that’s income before itemized deductions and personal exemptions) hit $110,000 for joint filers and the limit was $75,000 for single filers. For every $1,000 of income over this threshold, $50 of the child tax credit was lost so that any married, filing joint couple earning $130,000 or more was completely phased out of the child tax credit or $95,000 if single.

Under the TCJA, the credit per child has been doubled to $2,000 per child. The limit on the refundable portion is now fifteen percent of earned income over $2,500 (not $3,000) capped at $1,400 per child. This means that even if you don’t owe enough tax to use up the full $2,000 per child, a greater portion of the excess credit will be paid to you as a refund.

Perhaps the greatest difference to taxpayers with children will be the increased phase-outs. Remember under the old law, you would begin losing the credit once your income hit $110,000 (for joint filers). Under the new law, joint filers get the full credit even if they earn $400,000. The phase-out for those filing as single was also increased to $200,000.

So a married couple with five children with total income between $130,000 and $400,000 used to get no benefit from the child tax credit at all. Now, they will get a credit of $10,000 towards their federal taxes. Even though they lose their seven personal exemptions, that’s still quite a benefit!

If you have questions on TCJA or the changes to the child tax credit, please reach out to your Bernath & Rosenberg Tax Advisor. 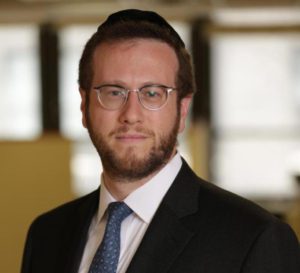 Joseph Fixler, CPA, is a Tax Manager at Bernath & Rosenberg. Since the introduction of the Tax Cuts and Jobs Act (TCJA), Joseph has become an expert in many aspects of the new tax law and provides education to clients and internal staff on relevant topics.

We promise not to send you too many emails and will only contact you when we feel you would benefit from the message.

Thank you for subscribing!